Students at Wykham Park Academy have spent the penultimate week of the summer term celebrating diversity.

Students have taken part in a range of up to 30 activities from exploring diversity in science to appreciating the efforts of black and minority soldiers in World War 1.

In addition to lessons and discussions around diversity, Aspirations Week has included practical tasks such as exploring culinary traditions from around the world food and taking part in sports from the perspective of a Paralympic athlete.

The aim has been to reinforce the three new guiding values of the school: kindness, community and inclusivity. Staff will now nominate students for special mentions or rewards for fulfilling these categories. 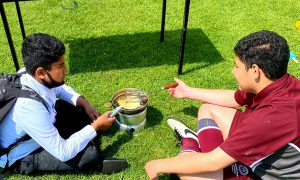 The new values build on the three guiding principles already in place at the school, which is part of the Aspirations Academies Trust: self-worth, engagement and purpose.

Aspirations Week follows on from a string of school assemblies and discussions in lessons around the themes of community and acceptance.

Since returning to school full-time, students have listened to teacher Catherine Graver, head of modern foreign languages, talk about Banbury’s multicultural community and her own experiences as an immigrant.

Students have also celebrated Pride Month, supported their favourite teams in the Euros and also had a session to discuss the Israeli-Palestinian conflict to give them greater awareness. 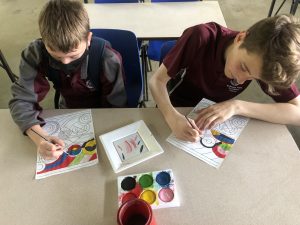 Explaining the aim behind the drive for greater understanding of diversity and inclusivity, Principal Sylvia Thomas, told the Banbury Guardian: ‘’The upheaval caused by Covid and the lockdowns that followed have impacted on the sense of community.
‘’It’s hoped these changes and activities organised will give the students a greater feeling of acceptance and belonging.
‘’Rewarding the students for acts of kindness – whether that’s picking up litter or lending another student a pen – is also important because it’s about understanding that kindness brings happiness and a sense of community.’’

The changes at the school follow on from The Black Lives Matter protests in 2020, which prompted Jon Bent, head of humanities at Wykham, to tweak the key stage three (years seven, eight and nine) history lessons offered.

Topics covered now include the experiences of black people in Tudor England and looking at the Black Lives Matter protests, and the experience of LGBTQ+ people throughout history. 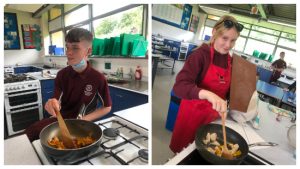 The new academic year, which begins in September, will see the inclusion of more history from other minorities, such as those from South Asia who are intrinsically linked to the work of the British Empire and a focus on the Windrush generation.
Head of drama, Rachel White, launched Pride Club last month for everyone, whether they are LGBTQ+ or an ally. It has proved so popular that it will continue as a permanent fixture from the new academic year in September.

Carine Foster, assistant principal at Wykham and lead on careers, PHSE and RE, has been instrumental in overseeing the activities organised for Aspirations Week.
She said: ‘’The start of the new academic year in September will see us fully integrate our new values of Kindness, Community and Inclusivity into our PHSE programme.
‘’It is an ongoing project to ensure that every person in our school community feels included and represented.’’ 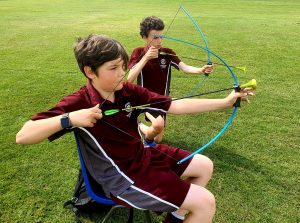