From word wizards to quidditch stars, embracing the magical world of Harry Potter has landed one Portland primary with a top national reading accolade!

This summer marks 25 years since JK Rowling’s Harry Potter and the Philosopher’s Stone was published.

To celebrate the occasion, Bloomsbury in partnership with the National Literacy Trust, launched a Miles of Magic: Reading Challenge earlier this year.

The challenge was accepted by all 400 students at Atlantic Academy Primary on Portland and culminated with a special Harry Potter theme day which included games of quidditch, a wizard tournament and making potions.

Their efforts have seen them crowned winners of the Miles of Magic competition. A Harry Potter trunk filled with books and treats for the school library is now on its way to Atlantic Academy Primary. 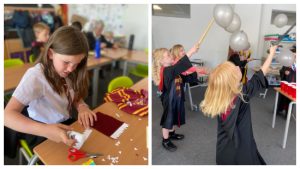 The aim of the seven week reading for pleasure campaign was to help bring the magic of reading to life for children – a goal that was achieved said Atlantic Primary’s Principal Melissa Heppell.

She told the Dorset Echo: “The children at Atlantic Academy Primary have had a wonderful time taking part in the Miles of Magic Reading challenge. All 400 children at the school from Reception through to Year 6 took part.

“Reading is at the heart of everything we do at Atlantic Academy Primary and it has been wonderful to use the Harry Potter series and other books to enthuse the children and ignite a passion for words and magical adventures!

“The challenge culminated in a Harry Potter day at the school which was just wonderful. All the students and staff dressed up and we had a day of activities which included quidditch, a wizard tournament and making potions.

“Parents have loved the challenge as much as their children because of the fun and excitement. There was passion and commitment from staff at the school from the start and the challenge went beyond everyday learning. It has created wonderful memories for our children.” 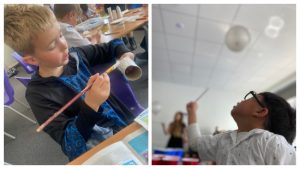 A train journey taken by JK Rowling in 1990 planted the seed for the Harry Potter book. Published with an initial hardback print run of just 500 copies, the series has gone on to sell over 500 million books worldwide in over 80 languages.

In the 25 years that have passed since Harry Potter was first whisked from King’s Cross station onto Platform nine and three quarters, his incredible adventures have been turned into a major movie franchise and popular theatre production.

The seven books that make up the Harry Potter series have left a unique and lasting mark on popular culture. 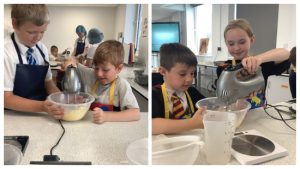