STUDENTS at a Bournemouth primary school found creative ways to pay their respects to those who lost their lives in wars on Armistice Day.

At Jewell Academy every child made a poppy and all of them were featured in various outside displays.

On Remembrance Day itself, each class gathered in a circle outside where teachers spoke about the importance of the anniversary.

One child from year 6 read a poem, the Last Post was played and the two-minute silence observed. 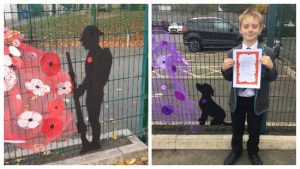 Ali Sinclair, vice principal at Jewell, which is located in the Townsend area of Bournemouth, told the Bournemouth Echo: “Members of the community were invited to join us and we opened our gates so some could come in and stand with us. 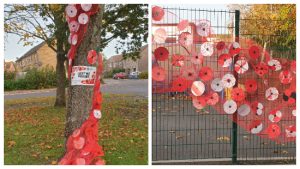 The two-minute silence occurs at the eleventh hour on the eleventh day of the eleventh month to mark the end of the First World War and the 9.7million soldiers who lost their lives in the war. 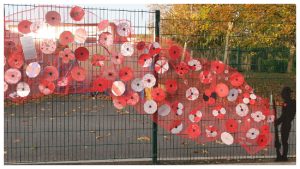