Talented art students at one local secondary school have helped to brighten up the walls at Feltham train station with a selection of their best drawings.

The once neglected space on the bridge, which was the old entrance to the station, is now adorned with a charcoal self-portrait, a landscape image, an abstract flower design and an image depicting shapes and objects from nature. The four pieces chosen were created by pupils in Year 10 and Year 11 at Rivers Academy West London and will remain on display until the end of March.

Charlotte Skinner, Programme Manager at Feltham Arts Association (FAA), approached the school to ask if pupils would be interested in helping to revamp the once neglected area.

The project is joint-funded by FAA and South Western Railway’s station adoption fund. Sponsorship has also been secured from Hardings Print Solutions. 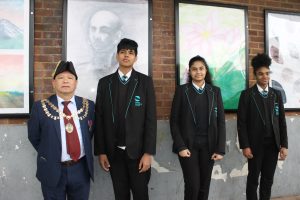 Ms Skinner told the Hounslow Herald: ‘‘We were approached by a number of people within the local community who wondered if we might be able to make the space look nicer. Thousands of people commute through Feltham on a daily basis and this has been a fantastic opportunity to showcase the creative talents of young people. It has also been an opportunity to enhance the local environment and make Feltham an even more vibrant place to live and visit.

‘‘We are in the process of making further cosmetic improvements to the space with a paint job and washing of the canopy.’’

A number of local figures were also in attendance including Hounslow’s Mayor Councillor Bishnu Gurung, Paul Lerner from Feltham in Bloom and Jennie Tweedy from Feltham’s Reach Hub. 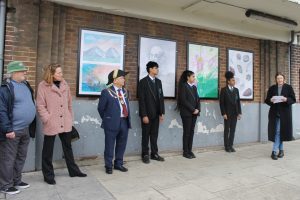 Myra said she felt proud to see her work on display, she said: ‘‘My drawing of pink flowers was inspired by a Kew Gardens project I worked on.’’ 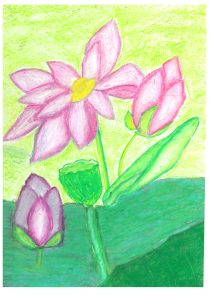 Jayda also said it was lovely to see her work of shells and leaves on display and added: ‘‘It is designed to show how nature can inspire art.’’ 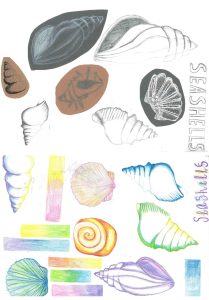 Jenul created the self-portrait and said he felt proud to attend the unveiling, adding: ‘‘I was inspired by the work of Jeff Haines. It is a charcoal drawing and I was very happy with the outcome.’’ 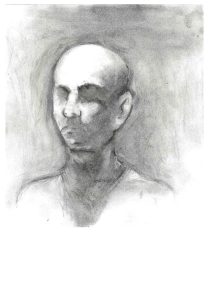 Claire Beadle, Arts Co-ordinator at Rivers Academy, said: ‘‘It has been wonderful for our students to be part of this project. Post-Covid, this has been a great opportunity for our students to do something nice and joyful for the public and to feel involved in their local community. It has also been a project that has brought pride to the students and it’s also recognition for their peers too.

‘‘I would like to thanks Miss Ciara Foote, their art teacher, for all her hard work and giving the pupils the confidence to do this in the first place.’’

To find out more about Rivers Academy West London, visit the website: www.rivers-aspirations.org