By Samantha Booth for Schools Week

The author of a landmark exclusions review has secured a crunch meeting with ministers to kick them into action over promised reforms.

This week marks the two-year anniversary of Edward Timpson’s review, but the government has implemented just six of its 30 recommendations. No action has been taken on 12.

The Department for Education agreed to all the proposals “in principle”, including making schools accountable for the pupils they excluded, and a shake-up of alternative provision (AP).

Advisers who served on the review’s reference group have also called for action.

Timpson, a former Conservative children’s minister, told Schools Week the recommendations were needed “even more” since the pandemic, adding some of the “real gamechangers” on exclusion were yet to be implemented.

The Conservative MP for Eddisbury is to have a “serious, sit-down discussion” with the DfE about progress, but believes there has been “no change of direction or heart” from the government.

‘Every reason to believe that real progress can be made’

“I know the last year has been extremely difficult, but with a good run between now and the end of this year, there’s every reason to believe that real progress can be made with many more of these recommendations,” he said.

“What I want to really understand is, apart from Covid, what is it that is holding back the ability to make real and meaningful progress.”

He said there was “by and large” unanimity on recommendations that would have “a positive impact for the children they are there to help”.

Analysis by IntegratED, a coalition of organisations tracking the review’s progress, shows partial action on the remaining 12 recommendations. But responses to consultations from 2019 are still to be published.

One of Timpson’s suggestions, yet to be implemented, was a practice improvement fund “of sufficient value, longevity and reach” to identify children in need of support and deliver “good interventions for them”. 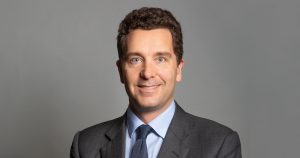 Timpson told Schools Week the fund was “not a big ask” and “great” value for money.

Schools ‘stepping into the breach’

Kiran Gill, an AP expert who served on the reference group for the review, said schools were “stepping into the breach where there is a gap from government”.

“They are not waiting for permission,” the chief executive of the education charity The Difference said. “What’s definitely needed is leadership from government. Schools can’t do it all – they need funding and support.” 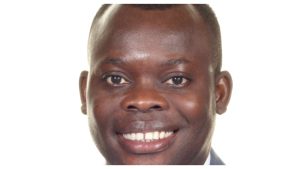 Dr Jeffery Quaye, an adviser to the review, praised the government’s work so far, but said the full implementation of recommendations should be “at the centre of its agenda”.

Another key suggestion said schools should be made accountable for the results of excluded children.

“Unless there’s a serious attempt to turn that recommendation into reality, then many of the other recommendations won’t have the power and impact,” Timpson said.

Delays came before Covid-19. A consultation on children not in school – which relates to the recommendation of tracking all pupil moves – concluded in June 2019.

Delays came before Covid-19. A consultation on children not in school – which relates to the recommendation of tracking all pupil moves – concluded in June 2019.

The response is yet to be published, despite government guidance that all departments should publish consultation responses within 12 weeks.

Whitney Crenna-Jennings, an associate director at the Education Policy Institute, said it was “more critical than ever” to have better information on pupils’ movement as those most at risk of exclusion “have been disproportionately impacted by the pandemic”.

Timpson praised Ofsted’s plan to downgrade a school’s leadership and management to ‘inadequate’ if it off-rolled. But the watchdog has no data on the impact of this yet because of the pause in inspections following Covid.

Nick Gibb, the schools minister, said the delayed SEND review would look at reforms to improve outcomes for pupils in AP “who are most at risk of expulsion and disengaging from education”. Publication is expected at the end of next month.