Students found special ways to mark Remembrance Day and pay their respects to those who lost their lives in wars past and present.

At Bovington Academy, primary school students marked the occasion with a ‘Red for Remembrance’ theme.

The school is located next door to Bovington Camp and many of the students came into school dressed in red and poppies were displayed in the school’s windows and its walls.

Sara White, Principal of the school which is part of the Aspirations Academies Trust, told the Dorset Echo: “Bovington Academy remembered all those who fought and lost their lives fighting for the country and honoured their memory by wearing red to school on Friday. The day has special significance to the children and families of our school as nearly 70 per cent of children have a parent that is part of the armed forces. It was lovely to see everybody take part and Remembrance Day was also marked with a two minute silence. Any money collected will be donated to the Royal British Legion.’’ 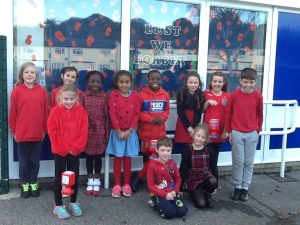 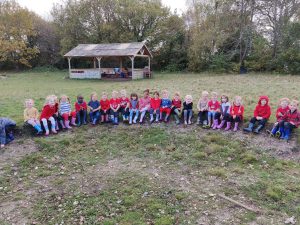 The two-minute silence occurs at the eleventh hour on the eleventh day of the eleventh month to mark the end of the First World War and the 9.7 million soldiers who lost their lives in the war.

At Weymouth’s Budmouth Academy, which is also part of Aspirations, the outside playground was used for an Armistice Day parade for the second year running.

The event was coordinated by Budmouth’s Combined Cadet Force (CCF) and was one of a number held over the weekend – members of the CCF also took part in the Remembrance Parade on Weymouth seafront. 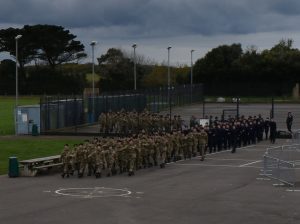 Sam Temple, Budmouth’s geography teacher and Combined Cadet Force (CCF) Contingent Commander, said: “On Saturday, 60 cadets from Budmouth CCF spent the afternoon in Weymouth town centre selling poppies to the public. After three hours a total of £1,600 was raised. The cadets enjoyed talking to members of the public about what they do in cadets and also heard stories from people of how they have served in the armed forces and some of the trips and adventures that they have had.’’

More than 100 Royal Navy and Army Budmouth cadets took part in the Remembrance Parade on Weymouth Seafront on Sunday. A number of cadets helped to lay wreaths given by dignitaries and representatives of organisations, which they placed at the base of the War Memorial. After the service and two minutes silence the cadets took part in a march pass of the dignitaries and marched along the seafront to the American war memorial, where another service of remembrance was held.

Mrs Temple said: “Numerous members of the public clapped and congratulated the cadets on their turn out and marching. The CCF staff are very proud of the number of cadets that attended and see this as a valuable experience for our young people to recognise the sacrifice given by members of the Armed forces and other people in previous conflicts and Wars, so that we can live the lives we have today.’’ 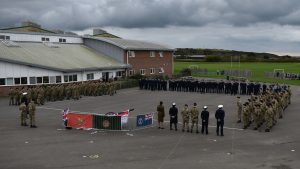