Past and present students, teachers, parents and friends gathered at Dashwood Banbury Academy to celebrate the school’s 120th anniversary.

The reunion was the culmination of a period when youngsters at the school have looked back through the archives to learn more about the school’s past.

A number of classrooms had been set aside to guide visitors through the Dashwood’s history since it opened on the original site in Dashwood Road back in 1902.

The school’s own archives were on display, together with donations from people who had been associated with Dashwood Primary over the years.  Portraits of early school principals in the twenties and thirties could be seen, alongside school roll books from the forties and fifties and attendance registers and school trip logs from the sixties and seventies and eighties. 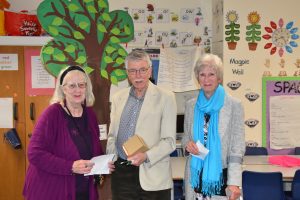 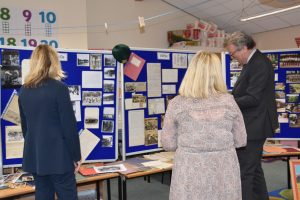 Hundreds of photographs demonstrated how the school’s uniform had changed over the years and how the Dashwood logo had developed into the one used today. The school’s traditional colour of green was evident throughout.

Current students had created arts and crafts for the event, and a number of different forms of painting and drawing were used to give the youngsters’ impression of the original school, its teachers and why they love being part of Dashwood Banbury Academy. 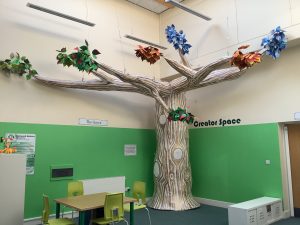 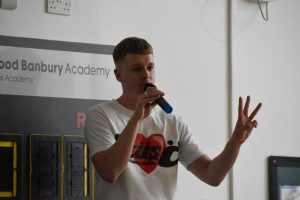 Just off the main reception teachers and students had worked with a local artist to create a giant tree sculpture with every student contributing leaves to the creation.

The celebrations included a presentation by the current principal Amy Rogers and the school’s choir, dancers and a talented pianist. Former student turned musician Jack Bushrod returned to perform his latest song.

The afternoon culminated with a tree being planted at the edge of the school’s playing field. 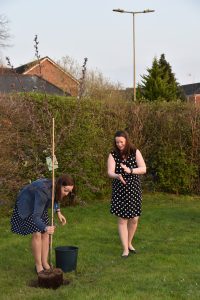 Amy Rogers believes the project has had a big impact on the students. She told Banbury FM: “It’s really helped them learn about their local history. The school is part of what they experience every day, but when we talk about history it’s really hard for children, especially younger children, to understand what history means.

“Doing this through looking at the history of Dashwood means they can relate to children at the school and to their experiences at the school now.   So their knowledge of history and also their excitement at being a pupil at Dashwood has increased.” 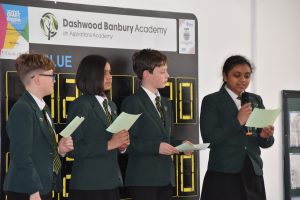