From dressing up in clothes inspired by the era to lessons spent rote learning, students at Dashwood Academy enjoyed taking a step back in time to the Victorian era.

The 19th century theme day was designed to officially start the countdown to Dashwood’s 120th anniversary celebrations which was held last month (March).

The school first opened in 1902 in Dashwood Road and is one of the oldest primary schools in the area. 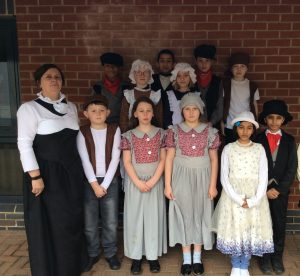 Amy Rogers, principal at Dashwood Academy, told the Banbury Guardian: “Our Victorian day was great fun for students and staff. Lessons were held in the style they would have been organised in 1902 when Dashwood first opened: Some had lessons where they used chalk to write, some completed drills (the Victorian term for physical exercise), others did rote learning around their times tables.

“Lessons were also split into single sex groups. It was a great experience for the students and an opportunity for them to immerse themselves into that era ahead of our 120th anniversary celebrations.’’ 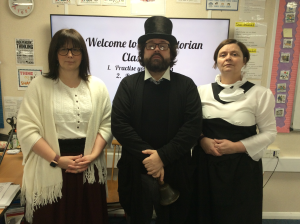 The party was hosted at the school’s present site in Merton Street by Mrs Rogers.

The aim was to turn the school into a ‘mini museum’ with activity rooms, a range of displays and the opportunity to meet former principals at the school and ex-teachers. Any money raised through a raffle or tombola went to school funds.

Generations of Banbury families have sent their children to the school and Mrs Rogers said she and her staff are keen to reconnect with past pupils. They are also seeking old photographs of school life and any sporting medals, report cards or other memorabilia which can be used to put together displays. 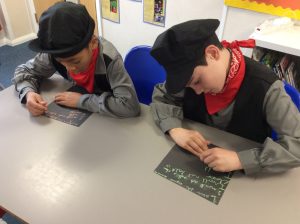