From clearing rubbish to painting and repairs, year 12 students at one Banbury secondary have carried out numerous acts of charity to show their support for the local community.

The teenagers from Wykham Park Academy were split into two groups earlier this month to carry out the community service activities.
One set was assigned People’s Park where they had the responsibility of clearing rubbish or carrying out necessary maintenance work. The popular three-acre park, established in 1897, has a children’s play area an aviary, tennis courts and a war memorial.
The second set of helpers assisted with painting and fence work repairs at a local primary school, Harriers Academy, which like Wykham Park, is part of the Aspirations Academies Trust.

Both groups were given several days to complete their tasks. 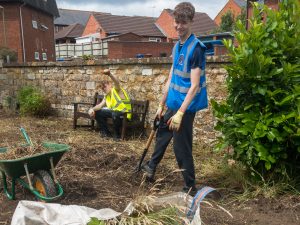 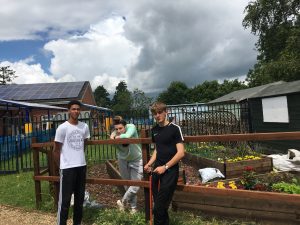 Carly Berry, head of sixth form at Wykham, said the days spent helping the local community have allowed the students to gain valuable life skills that will be of benefit as they consider their next steps.

She told the Banbury Guardian: ‘’One of our values in the sixth form at Wykham is giving back and the focus this brings on the community.
‘’Developing leadership skills in our sixth formers is important and this work in the community allows us to do that. They’ve also learnt how to collaborate and work as a team.

“The feedback we’ve had from the students who took part is that they got a real sense of achievement from helping to support the local community and a feeling of a job well done.’’ 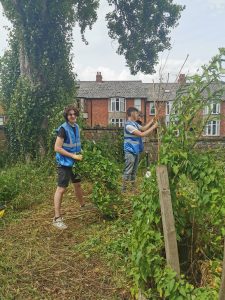