Covid: What’s happened in the first week of lockdown easing? Teamwork has ensured a smooth return for pupils at Magna Academy

This article was originally written by Ben Williets at the Bournemouth Echo.

Schools have been back for a week as part of the first easing of coronavirus restrictions.

Prime minister Boris Johnson’s roadmap out of lockdown started on March 8 with the return of pupils to schools and ends on June 21 at the earliest when all restrictions will be lifted.

But what has changed in the week since pupils returned?

In the 24 hours leading up to 4pm on March 8, 35 new cases were confirmed across Dorset.

The following day, 39 cases were recorded across the county, and March 10 saw 32 new cases in Dorset.

Exactly 40 cases were confirmed on March 11 and on March 12 the cases increased to 68. 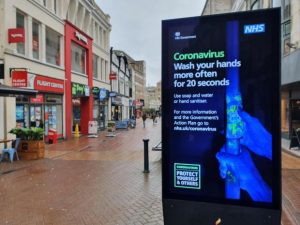 Apart from Friday, the number of new cases stayed between 30 and 40, which doesn’t show any significant rise in cases as a result of the easing of lockdown.

WHAT HAS BEEN HAPPENING IN SCHOOLS?

Headteacher of Bournemouth School for Girls, Alistair Brien, said he was really pleased with how the students had settled back in and said they had had no positive coronavirus cases.

Mr Brien told the Daily Echo: “Pupils have come back happy and pleased to be in their lessons and we have been pleased to have them in class.

“We have been doing all the things we were doing in the autumn term, one way systems and frequent hand washing and we have had face coverings in classrooms and I am pleased at how pupils have responded to this request.

“We have been able to test the whole school and I am delighted at the uptake in testing and up to now there has been no positive tests.

“It would be good to start reintroducing extracurricular activities back to school life.

“There’s been a lot of talk about lost learning, we don’t know what learning has been lost at the moment, let’s see how things progress.

“I am more concerned about pupils’ wellbeing and the opportunity for them to get out and meet with friends and do meaningful activities.

“The skills pupils have learnt during lockdown, the resilience, organising themselves, independent study are more important.” 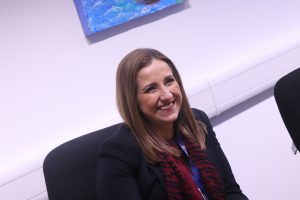 At Magna Academy, in Poole, students returned with a phased approach, coming back by year group. There was also staggered start and end times, year group bubbles and zoning.

The academy also had staggered asymptomatic testing in place, with students arriving in groups of five to be tested.

Face coverings are mandatory in classrooms and corridors and those exempt from wearing a face covering were given a badge.

Natasha Ullah, principal at Magna Academy, told the Bournemouth Echo: “It has been demanding and a real challenge, but one to which we have risen as a team.

“Throughout the past year, we have taken great pride in our ability to meet and overcome the issues that the pandemic has presented to us.

“We have also taken great strength from the very kind words of support from our students’ families, who show such appreciation for the work we are doing.

“As a community, we have been tested by this crisis and have learned a great deal about our own resourcefulness.

“We believe it has made us stronger and more resilient and that, in this respect, at least some good has come from this awful year we have experienced.” 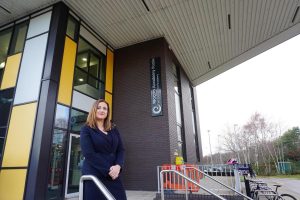 THE NEXT EASING OF LOCKDOWN

The next part of the roadmap out of lockdown comes on March 29, part 1B of the prime minister’s plan.

Should data allow, from March 29, outdoor gatherings of up to six people or two households will be allowed.

The ‘stay at home rule will end on this date, but many restrictions will remain in place.

People should continue to work from home where they can and minimise the number of journeys they make where possible, avoiding travel at the busiest times and routes and travel abroad will continue to be prohibited.

WHAT IS PREDICTED TO HAPPEN IN THE COMING WEEKS

Speaking to the Commons Science and Technology Committee alongside the Government’s chief scientific adviser Sir Patrick Vallance, Prof Whitty said the measures pencilled in for May 17, when indoor mixing of up to six people could be allowed, involved “significant risks”.

He told MPs he would “strongly advise” against any attempt to “concertina” the five-week interval between steps, saying the April 12 measures are “a very big block”, with shops and outdoor hospitality due to open.

May 17 further represents “a very significant block with a lot of stuff that is indoors for the first time, that is the point when we are really going to start to see some very significant risks accumulating, potentially”.

Prof Whitty said that although older and vulnerable people would mostly be protected by vaccines, younger people will not all be vaccinated by April, and they mostly drive transmission of the virus.

Modelling considered by the Scientific Advisory Group for Emergencies (Sage) has suggested that even under the most optimistic set of assumptions, at least a further 30,000 Covid-19 deaths could occur.

“What we are going to see is, as things are opening up, what all the modelling suggests is that at some point we will get a surge in virus,” he said.

“We hope it doesn’t happen soon, it might for example happen later in the summer if we open up gradually or because of the seasonal effect it might happen over the next autumn and winter.

“All the modelling suggests there is going to be a further surge and that will find the people who either have not been vaccinated or where the vaccine has not worked.

So, as the country slowly comes out of its third lockdown, are you concerned about a potential rise in cases?

Do you think it’s the right time to ease lockdown? What actually will happen, remains to be seen.