Cultural capital is hairspray. What our system needs is a new ‘do’: Has Ofsted inadvertently created a new buzzword?

The limited definition of cultural capital endorsed by Ofsted risks stopping us from dealing with the root causes of inequity in our schools, writes Dr Jeffery Quaye, National Director of Education & Standards, Aspirations Academies Trust.

Amid the ongoing discourse about how we want to restyle our nation post-pandemic, education is well and truly in the barber’s chair. After two years of cancelled examinations, for example, questions are being raised about the role and shape of assessment. But chief among the concerns of teachers, parents, policymakers and commentators is the long-troublesome achievement gap.

The government has responded by committing to making education central to our economic recovery from the Covid-19 disruption. Yet there’s sadly little sense from the recovery plan that it will do anything to confront intergenerational inequality directly, so it looks like education leaders are going to have to be the ones to wield the scissors.

We must look the histories that contribute to the reproduction of that inequality in the face and create something new; and faith in our existing model to guide us there is misplaced. In part, that’s because Ofsted’s focus on “cultural capital” (though a welcome change) is too limited and is actually likely to reinforce the problem.

When French sociologist Pierre Bourdieu first coined the term, he did so as a way of explaining how people maintain power and status. By his definition, cultural capital works to consolidate stratification and can be a great source of inequality. To understand the challenge we face as educators, we must understand that. 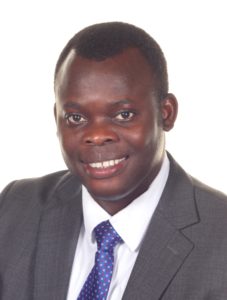 In an attempt to head off early criticism, Ofsted provided its own working definition of cultural capital as “the essential knowledge that pupils need to be educated citizens, introducing them to the best that has been thought and said and helping to engender an appreciation of human creativity and achievement”. That definition conveniently allowed the inspectorate to operationalise cultural capital for school inspections and simultaneously absolved it from its critics’ charge of elitism.

Yet it wasn’t enough. Ofsted then added that “inspectors aren’t inspecting ‘cultural capital’; they’re looking at whether the school provides a rich and broad curriculum. A great curriculum builds cultural capital.”

But whose? Bourdieu suggested that cultural capital has three forms: the embodied state (accumulated from childhood in the form of attitudes, language, tastes), the objective state (such as paintings and instruments) and the institutionalised state (such as credentials and qualifications).

The fact is that by any definition of cultural capital, every pupil already possesses some, and brings it to school with them. A second and important fact is that schools have been promoting cultural capital by their very existence. A third and more uncomfortable one is that middle-class and upper-class versions of cultural capital are consistently more valued by schools – and inspectorates. That’s the very point Bourdieu was making by inventing the phrase in the first place.

Meanwhile, disadvantaged and/or minority pupils bring cultural capital to the classroom that teachers may continue not to recognise or value, arguably compromising the notion of inclusive education.

And it’s not just about class any more either. Intergenerational gaps are such that we must also ask ourselves whether our current indicators of cultural capital are reflective of the world our students inhabit. The viral YouTube video that warned about “preparing kids for jobs that don’t exist yet” is 13 years old! Shift has happened.

The danger we face is that Ofsted’s education inspection framework has inadvertently created a new buzzword, and that schools simply have a new brand of hairspray with which to coiffe their activities for presentation to inspectors. Our focus is ineluctably and unconsciously drawn to the objective and embodied forms of cultural capital – what we can prove students know and how we can get them to behave.

Meanwhile, institutional cultural capital faces neglect. That’s about quality teaching towards worthwhile qualifications. And those, in the end, are what will close the achievement gap in the short term and the socioeconomic gaps that reproduce it in the long term.

If we are going to re-style our education system post-Covid, then we will have to tackle our problems at the root. We have to reduce the variability in teaching quality across schools and ensure our qualification system is fit for purpose.

Anything else is just hairspray.