Dressing up for Pudsey in lockdown! Students at Oriel, Oak Hill and Atlantic support and raise money for Children in Need

Students across our primary schools have spent the day supporting their favourite yellow bear.

Pupils at Oriel, Oak Hill and Atlantic were all asked to donate and dress up in some way – and wow, there were some stars!

At Oak Hill Academy in Feltham, the day’s theme was ‘pyjamas and onesies’.

Staff and students dressed to impress in their best pyjamas and made a donation to Pudsey.

At break time, it was dance time! The students danced and sang along to music to raise money.

Principal Rachael Saim said: “Everybody was really excited to dress up and dance today.

“It’s important for the children to recognise that not every child is as fortunate as they are.

“Celebrating Children in Need is a great way to do so because the students are able to have fun whilst raising money for those less fortunate children.

“Both the children and staff loved the day!” 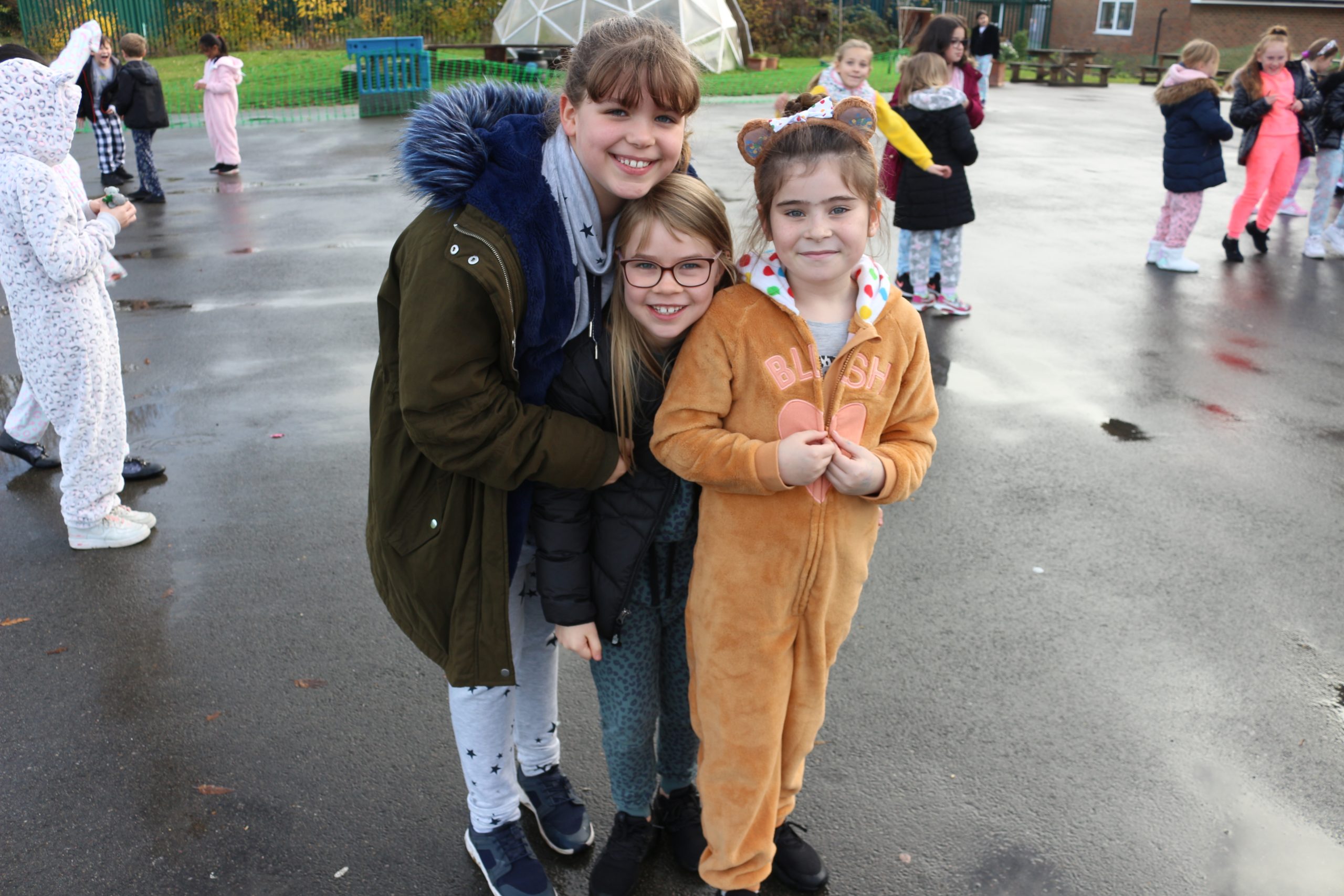 Children at Oak Hill Academy dress up in pyjamas for Children in Need.

Students at Oriel Academy in Feltham also came to school in their own clothes to raise money. There were lots of sparkles and Pudsey ears around!

In Year 1, the morning was also spent dancing and singing in class. There were lots of smiles all around.

Aine Linney, Principal of Oriel, commented: “It was great for the children to get involved with Children in Need today.

“At Oriel, we believe that it is important to help others as much as possible.

“The children were thrilled to know that each of their small donations would help to make another child happy.” 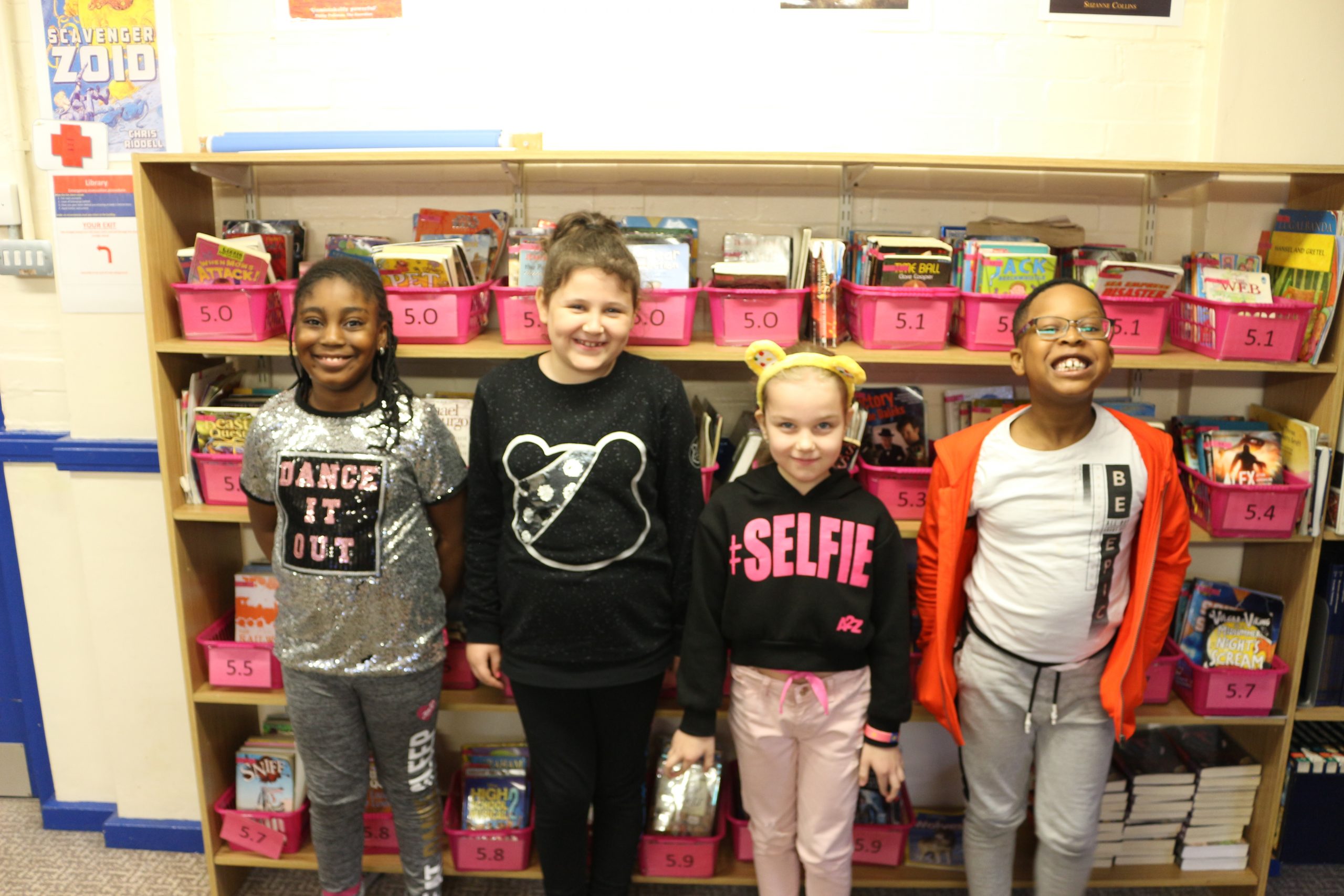 Children at Oriel Academy dress up for Children in Need.

At Atlantic Academy Primary, students dressed in different colours of the rainbow to not only raise money for Children in Need, but also to raise spirits in the community.

“It gives the students the opportunity to raise money for children who are less fortunate and this year it has also been the chance to share a positive message with our community.

“We have 7 year groups and they each selected a colour of the rainbow and wore clothes in the shade chosen. They then chose a positive word that makes them feel happy.

“The image taken of the children with their messages is one that lifts spirits and will be shared with parents and the community.” 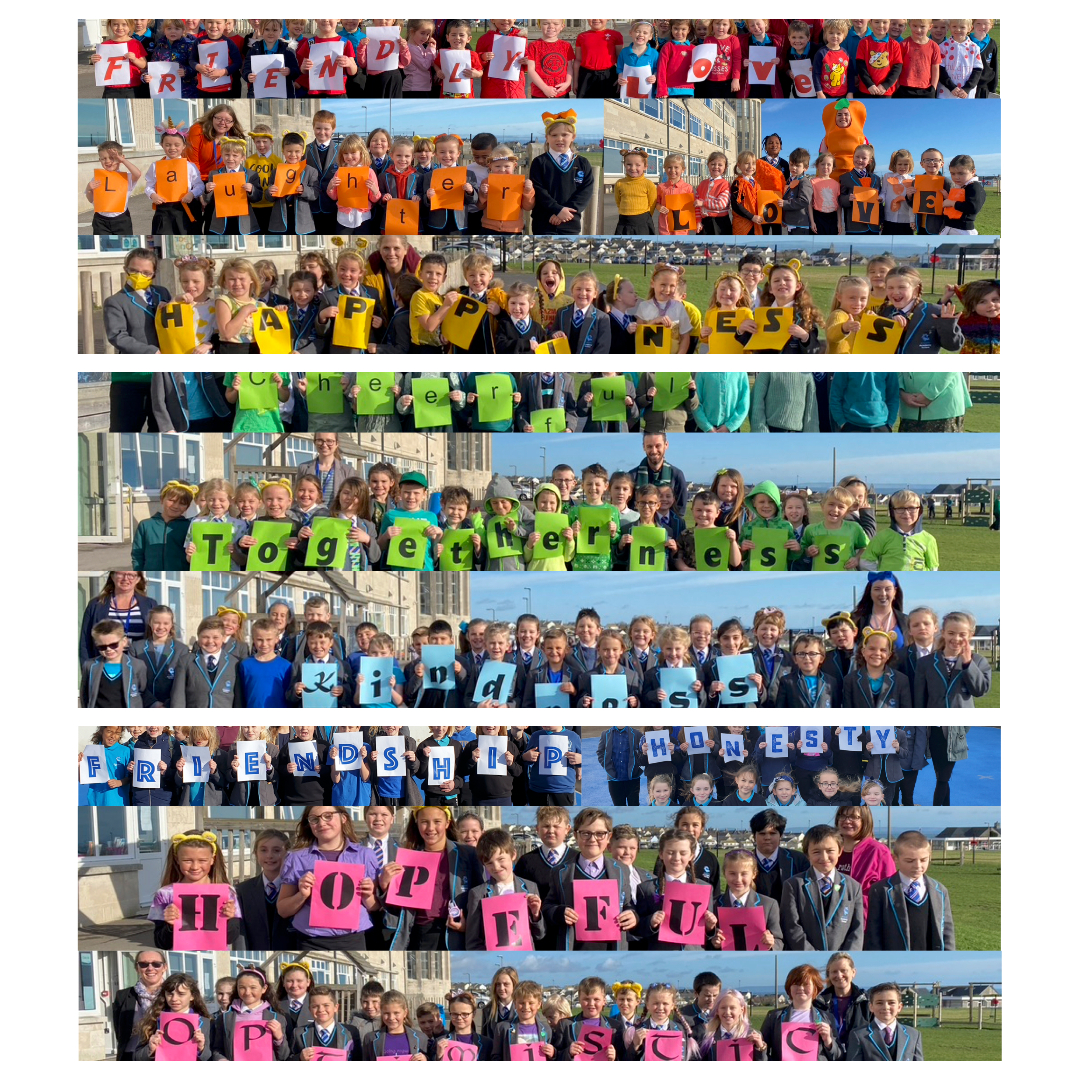 Children at Atlantic Primary dress up in the colours of the rainbow for Children in Need.

The Children in Need 2020 live show airs tonight at 7pm on BBC1. Well done to all of our students who took part and raised money!