Easter bonnets and chocolates, the perfect combination for a fun-filled last day of term for Harriers Academy pupils!

Chocolates and Easter bonnets make a winning combination and it was one that left pupils at a Banbury primary delighted on their last day of term!

From hats covered in chicks, flowers and mini eggs, the students at Harriers Academy showed off their creative talents with their entries.

Pupils enjoyed parading their hats during an indoor Easter bonnet catwalk show before large prize eggs were handed out to winners. To ensure no child missed out, every pupil received a chocolate egg to take home.

Alex Pearson, Principal at Harriers, told the Banbury Guardian: ‘’Our Easter bonnet parade normally takes place outside but due to the poor weather this year it was an indoor event. This did not dampen enthusiasm for the bonnet parade and the entries were of a high standard. It was lovely to see the time and effort students had taken. The parade is a tradition at Harriers and a great way to end term and start the annual Easter break.’’ 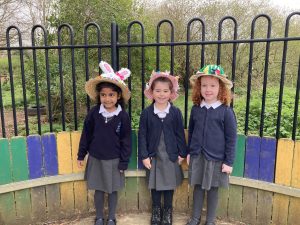 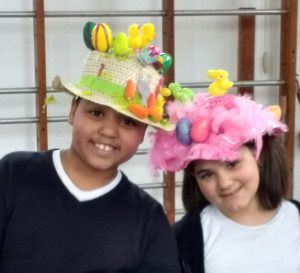 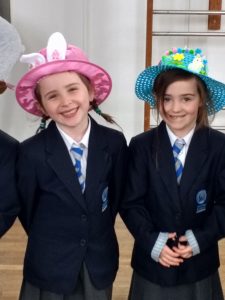 The inventive youngsters, split into groups of three or five, had spent weeks thinking about and creating chocolate bars they then went on to market and brand.

The aim of the project was to encourage team work and entrepreneurial skills and even saw one group create a radio jingle in order to persuade ‘customers’ to buy their chocolate bar! 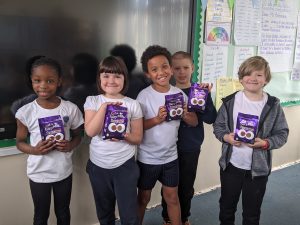 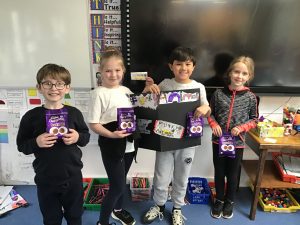 Mr Pearson was involved in judging the projects and said he was impressed by the quality of the entries. One winning group, called Curly, created a wrapper which contained a ‘ticket to paradise’. A second winning group, called Funky Animals, branded their bar a ‘miracle’ and said it would teach those who ate it ‘the meaning of life’.

Mr Pearson said: ‘’The project is part of the school’s No Limits curriculum, which is unique to Harriers, and the aim is to encourage our students to develop skills and mindsets that will benefit them as they progress through life. I was very impressed with the quality of the entries and also pleased with the inventive ideas of the students.’’ 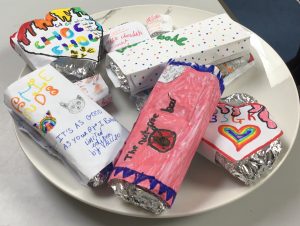 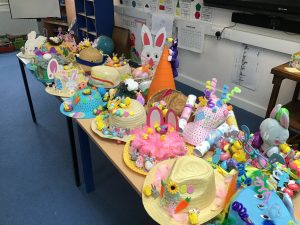