Poppies & uniforms: Why Remembrance Day is so important for pupils at Portland’s Atlantic Academy Primary

Remembrance Day at Atlantic Academy Primary saw the school decorated with poppies and students who belong to a uniformed youth organisation, such as Scouts or Guides, were given the option of wearing their uniform.

Principal of Atlantic Academy Primary, Melissa Heppell, said it was important for her students to remember those who had sacrificed their lives. The students also created poppy wall murals.

These days the anniversary on November 11th is used to remember all the people who have died in wars – not just World War One. This includes World War Two, the Falklands War, the Gulf War and conflicts in Afghanistan and Iraq.

Miss Heppell told the Dorset Echo: ‘’Remembrance Day is an opportunity to bring the community together and for the children to show that they care and have an understanding for those who have sacrificed their lives in war.’’ 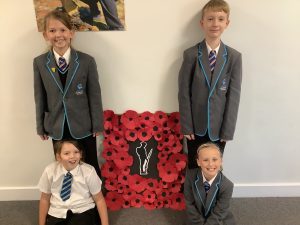 Places are now available in Reception at Atlantic Academy Primary for the academic year that begins September 2022. There is an Open Afternoon event at the school on Tuesday November 16th from 3.30pm until 5pm. Refreshments and snacks available. For more information or to apply, email: apply@atlantic-aspirations.org.

An internal inspection and monitoring of the school by Dr Jeffery Quaye, National Director of Standards for Aspirations Academies Trust which runs Atlantic, classes the school as ‘Good’ with ‘Outstanding features’. Dr Quaye who is a qualified inspector for primary and secondary schools, visited the Academy in November and reported: ‘’Atlantic Academy is an excellent school with strong links in the local community. Leaders prioritise academic achievement and pupils’ wellbeing through their unwavering commitment to high standards.’’ 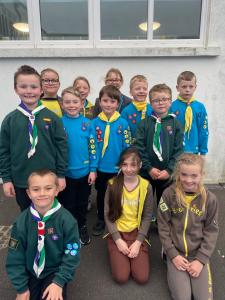 Marking Remembrance Day is just one of a number of highlights of the school’s activity calendar for the month of November.

Other events planned for the rest of the month include marking Anti-Bullying Week which will focus on the theme ‘one kind word’. Children In Need which will see the children come to school dressed in colour and the day will be marked with positive words and affirmations.