This year’s British Science Week (BSW) provided an opportunity for a whole-school post-Covid celebration at one Banbury primary school.

The annual calendar event was marked by all year groups at Harriers Academy Banbury for the first time in two years.

The school kicked off British Science Week (BSW) with a science assembly in the hall to discuss this year’s BSW theme of ‘growth’ and included learning about plant growth, brain size increase and fun facts including one about the Eiffel Tower growing 30cm in the summer due to the heat from the sun.

The highlight of the week was a presentation for pupils in year 4 and year 5 from three scientists from the Wellcome Centre for Integrative Neuroimaging at Oxford University.

Organised fun was provided by the Harriers Science Club for Girls, set up by Maxine Roberts, a year 5 teacher and science lead, with members getting involved in researching and writing a number of science jokes. These were then stuck on the walls of the corridor for pupils to learn and test their teachers on! 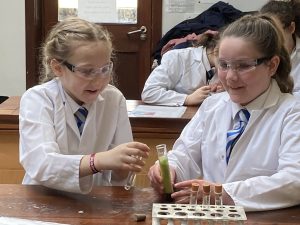 Mrs Roberts also organised for a different fun science investigation to be ready every morning for pupils to try during the day. Favourites included ‘name the sound’ and ‘can you make rice dance?’

Teams from pelican class (year 5) and eagles class (year 6) are now waiting for a judge from Science Oxford to visit next term to see if they have secured a place in the final which will be held in Headington, Oxford in the summer. 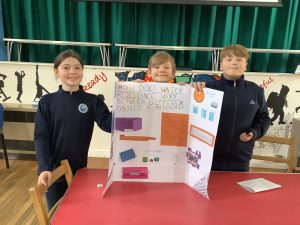 Mrs Roberts told the Banbury Guardian: ‘’Science is everywhere and part of everyday life. Our students at Harriers love science and are really engaged with the subject.
‘’It was lovely to be able to celebrate British Science Week as a school once more, post-Covid, and help to further the science capital provided at the school.
‘’British Science Week allowed for engaged science learning that was fun and innovative.’’ 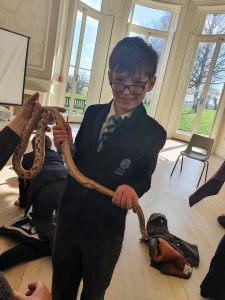 The return of celebrating British Science Week at Harriers builds on all the work that earned the school a prestigious Primary Science Quality Mark (PSQM) in 2019.
The accolade is testament to the efforts of Mrs Roberts since 2016 to transform the science offering at the school and show pupils how important the subject is to everyday life.

Mrs Roberts has introduced a science club for girls, science fairs have been organised and attendees have included a scientist from the charity Cancer Research UK and STEM ambassadors many of whom are volunteers from a wide range of science, technology, engineering and mathematics related jobs across the UK.

Partnerships have also been built up with Science Oxford and Oxford University through outreach work to engage students.