People from the Banbury FM area have said goodbyes to Her Late Majesty Queen Elizabeth II. The country’s longest reigning Monarch was laid to rest at St George’s Chapel in Windsor yesterday (Monday).

In Hook Norton the bells of St Peter’s Church were rung for an hour before the Queen’s funeral began.  The bells were fully muffled with the heaviest tenor bell half muffled. The muffles will be removed today at the end of the period of national mourning.

A group of riders rode their horses around Kings Sutton first thing yesterday morning in honour of Her Late Majesty and to mark her love of animals. 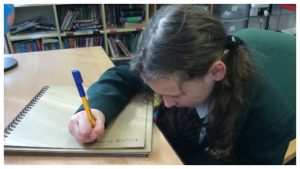 During the period of national mourning, students at Dashwood Banbury Academy spent the week remembering Her Late Majesty and how important she had been to them. Acting Principal at the Merton Street school, Sarah Gordon-Weeks, said: “We organised a special assembly on Monday and it gave the children a chance to reflect on all the positive things the Queen did and her characteristics.

“There was also a minute’s silence and we opened our own book of condolence.

“It is a sad time but we also spoke with the children about what a fulfilling life the Queen has had and how important it is to focus on celebrating all that she did and the positive impact she had on our lives. There will be people who pass away in everyone’s life and the important thing is to remember the positive impact they’ve had on our lives.” 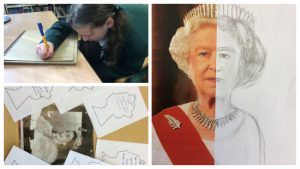 Dashwood students have also spent the last five days creating portraits of the Queen and her beloved Corgis with the artwork due to be displayed in the school.

Amongst the officers drafted in to deal with policing the event were a contingent from Banbury in Windsor. Thames Valley Police has issued a statement to thank everyone who went to the town. The operation was one of the largest ever undertaken by the Force, with a total of 2,000 police officers from Thames Valley Police and 28 other forces from the UK offering mutual aid working. 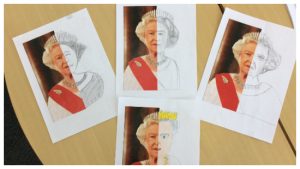 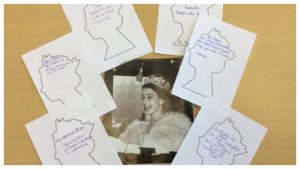