This year’s top-performing GCSE student at Park Academy reveals hard work, dedication & support were all key to his success

This year’s grades reflect the best year yet for the Park View Road school, with 72% of students achieving a Grade 4 or above in both English and Maths.

Students were awarded their grades based on teacher assessments, with a range of evidence used from mock exams, coursework and other work, such as essays or in-class tests. 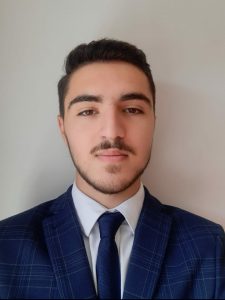 Principal Juan Delgado said, of his students: “There hasn’t been a barrage of excuses, they’ve just got on with it. Parents have been really supportive and the extra sessions we’ve provided for students after school have also helped.”

He would like to be an engineer in the car industry and plans to go on to sixth form at Park to study maths, chemistry and physics.

Garik Markarian is this year’s top-performing student at Park, scoring an
impressive 6 Grade 9 and 3 grade 8 GCSEs. The 16-year-old told the Hillingdon Times: ‘’It has been a long journey but it has been a positive experience.

‘’There have been lots of changes but I realised early on that I needed to take responsibility for my learning. It was very much having to discipline myself when home learning and to keep pushing myself.
‘’Because of all the disruption we encountered, I think the assessments have been the best way to grade us.
‘’I would like to go into mechanical engineering in the car industry and I’m planning to go on to the Sixth Form at Park to study Maths, Chemistry and Physics.’’