Students and staff at one local school provided an evening of festive fun for parents, siblings and peers through a special variety show.

Pupils from different year groups across Park Academy worked with teachers to unveil the school’s first ever Christmas Showcase this year.

Singers, musicians, dancers, poets and drama stars provided a range of pieces that entertained for 90 minutes at the Park View Road school in Uxbridge earlier this month. 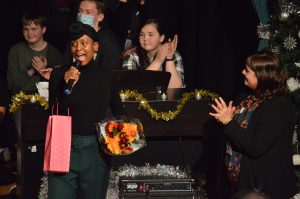 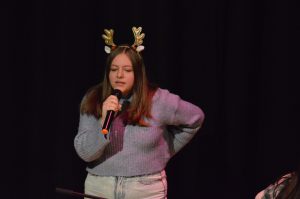 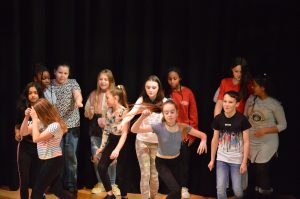 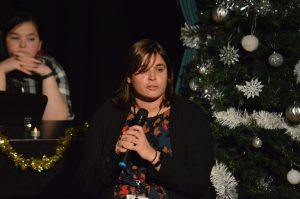 Teacher Chanelle Simon, a Year 9 leader & Co-ordinator of Expressive Arts, oversaw the project. She told the Hillingdon Times: ‘’It’s the first time there has been a showcase, other years we might put on a play or musical concert to celebrate the festive season and end of year.

‘’During the last academic year, the Student Voice committee voted for a showcase and we thought Christmas would be a good time to do it. They wanted to do something that would involve all year groups and all abilities and give them a chance to show off their abilities.

‘’So many students came to support their peers and the finale of the show was the staff and student choir which led to engagement with the audience which was lovely.’’ 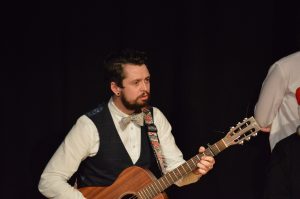 Danny Gardner was crowned winner of the Christmas Showcase

Approximately 180 tickets were sold for the Christmas Showcase which also included access to an arts exhibition of work produced by students, and over £300 was raised with the money going back into funds for the school.