Share a smile, have some fun and enjoy the power of funny!

This year’s Comic Relief provided a chance for pupils at two Banbury primary academies to spend a day laughing with school friends they have not seen in months.

Two weeks have passed since schools reopened to students under the Government’s easing of lockdown restrictions bringing to an end enforced home schooling.

For principals at Harriers Academy and Dashwood Academy, this year’s Red Nose Day has come at the right time as an opportunity not just to raise money for those in need but also to boost the mental wellbeing of their students. Many have only been back in classrooms for ten days and enjoyed Sharing A Smile – the theme for Comic Relief 2021.

Whether they were wearing themed accessories, dressing in red or their favourite comfy clothes, decorating biscuits, dancing or telling jokes, fun was the order of the day at Dashwood and Harriers.

Amy Rogers, Principal at Dashwood, greeted her young pupils at the school gates with balloons and red noses.

Students performed Jumping Jacks during break times to help them keep active, with 12,401 completed – the equivalent of 17.2 miles!

The children wore their school uniform but were encouraged to add Comic Relief accessories from red noses to headbands. A special Red Nose picture frame was also created for students to stand in, take photos and pass a smile along. Almost £400 was raised for the charity in donations. 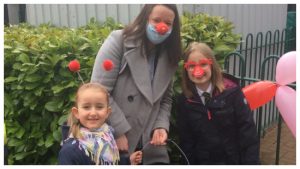 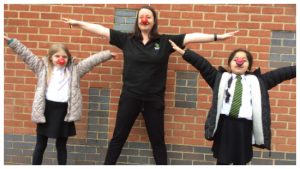 Mrs Rogers said: ‘’Our Jumping Jack challenge was performed in groups and was a chance to have some fun as a whole school, provide a sense of belonging and raise some money by being active.

‘’This year’s Red Nose Day is so close in timing to the children returning to school it has provided a welcome opportunity to boost the mental wellbeing of our students. The children have really enjoyed being together and doing something that makes them happy.’’

At Harriers Academy, all students were allowed to come in wearing clothes that make them happy and saw a range of outfits from onesies to pyjamas.

The biscuit decorating session saw students face a tough decision over whether to eat their biscuit there and then or save it to take home!

Other activities included pin the red nose on the donkey, discos, joke competitions and mindful colouring. The children’s generosity saw them raise several hundred pounds for the charity. 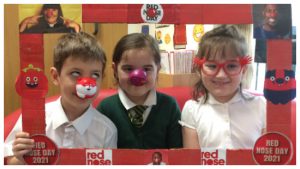 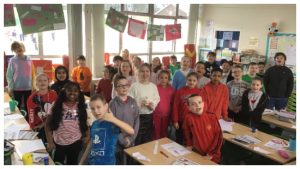 Jo Agate, Vice Principal at Harriers Academy, said: ‘’The children have really missed each other. Our priority now is to support their mental wellbeing, encourage them to have fun, and be children again and not worry about what’s going on in the world.’’

Nurturing the mental wellbeing of students is a key aim of the two primaries which are part of the Aspirations Academies Trust. It’s this that led to them partnering schools of mental health charity Place2Be, which has Kate Middleton as its patron.

A working party was set up between Place2Be, Dashwood and Harriers last year, with the charity helping the schools by highlighting strategies and methods proven to help children feel calm in classrooms. 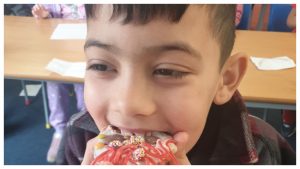 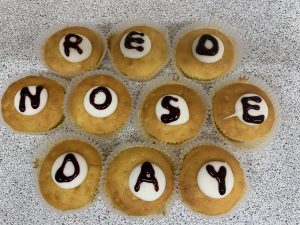