Life lessons with Daps: Music star returns to school to reveals his top tips on how to succeed and thrive to our West London students

He has won numerous accolades for his work as a music video producer and normally fills his days alongside stars including Kendrick Lamar, Migos, Drake, Iggy Azalea and Stormzy.

However, award-winning artist Daps took time out of his busy schedule to return to school – not to take lessons but to provide one about how to triumph in life and successfully navigate the world of music video production.

The star kindly agreed to host two Zoom sessions which saw hundreds of teenage pupils, aged between 15 and 18, attend from Park Academy in Hillingdon, Rivers Academy in West London and Space Studio West London. The schools are all part of the Aspirations Academies Trust. 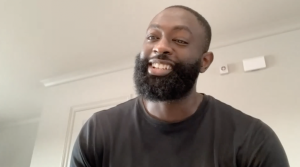 Daps pictured during one of the Zoom sessions

The video calls, which lasted for almost an hour on two consecutive days, saw Daps open up about his career, give his most valuable pieces of advice and also take questions from students.

He is the first to admit that the jet set lifestyle he enjoys now, with homes in LA and Atlanta, is a far cry from that of his childhood growing up in Hendon, North London.

Reflecting back on his younger years he revealed one of his biggest regrets regarding his youth and urged the students to remember that ‘there are no shortcuts to success’: ‘’My mum saved every single one of my school reports from primary school to GCSEs and looking back on my reports I was so disappointed in myself: why didn’t I attack and apply myself in the correct way. There is a lot of learning and tools [acquired in school] that you can apply in your further life no matter whether you want to be in entertainment or corporate. So that’s the first thing. There are no shortcuts and there are no tricks. When you start applying yourself, that’s when you’re going to see those results.

‘’And secondly, the importance of trying: The biggest failure in life isn’t actually failing, it’s not trying. Don’t be afraid to step out and worry about am I going to fall flat on my face. Life in general is going to knock you down over and over again. You’re going to hear ‘no’ more than you hear ‘yes’. I want you all to know that the real failure is not trying and the real failure is not applying yourself and it’s ok to lose and it’s ok to fall short because those are not losses those are actually lessons.’’ 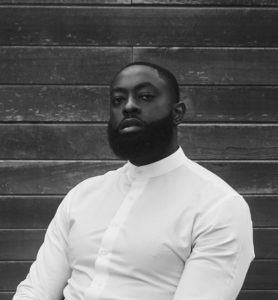 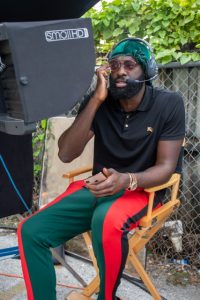 Daps’ company recently made a new TV show, Highlife, which launched on Channel 4.

Creative industries have come under intense criticism in recent years for the lack of opportunities for those from a working-class and or ethnic background.

Daps urged the students not to be deterred, telling them: ‘’When I was in Year 11, I didn’t know that in the media industry there was this role and that role.

‘’There is a role for everybody in this industry, creative and non-creative. It’s not just about being a director or producer. You could be a colour grader – it’s similar to what you guys do on your phones every day when you upload a picture, put a filter on it and do some face tuning. If you want to be a chef, you could be on set doing the catering for a Spiderman movie so I want everyone to take a vested interest in knowing that our industry has something for you to do.’’ 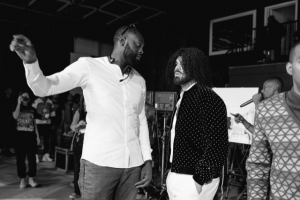 Daps also explained the importance of mentorship. He told the Hillingdon Times & Hounslow Herald: ‘’Networking and mentorship are crucial to your success.  In any field to gain that foot up the ladder, you have to truly immerse yourself in that experience. Make yourself useful, make yourself an asset and hopefully you’re around good people that will turn and provide opportunities for you because you have made yourself an asset.’’

Reminding the students of the importance of finding a career they are passionate about, Daps credited his English teacher for his last insight before ending the call: ‘’Success, honestly, is being happy and being happy is walking in your own footsteps and being secure in that.

‘’Social media pressures and the internet have created this Microwave Generation where everything seems instant and it’s not. It takes 10 years to be an overnight success, so have you done your hours?

‘’Everyone’s path is not the same path. It might take you three years and it might take someone else one month.

‘’Do not compare or envy because comparison is the thief of joy, I was once told by one of my English teachers.’’ 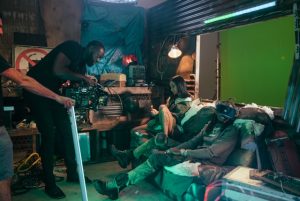 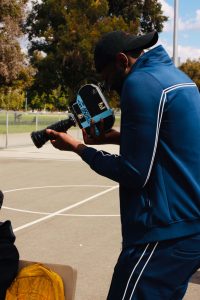