Students from Banbury’s Dashwood Academy raised awareness about bullying by creating and wearing their own pair of odd socks.

The students’ textile creativity was part of a school-wide campaign named Odd Socks Day, which aims to raise awareness about bullying and also involved 10 pupils from a range of year groups taking part in anti-bullying ambassador training. This was delivered by The Diana Award.

In recognition of Odd Socks Day, staff from David Wilson Homes popped into Dashwood Academy to provide students with white socks and marker pens to allow them to get creative and make their own odd socks.

Sarah Gordon-Weeks, acting principal at Dashwood, told the Banbury Guardian and Banbury FM: “The aim of the anti-bullying training is to empower our students to make positive changes in the school.

“Everyone at Dashwood is treated equally and we welcome all students regardless of faith and heritage. We have created a school community where everyone is kind and respectful to one another.

“Our anti-bullying ambassadors are an important part of reinforcing the culture that we have created in school of somewhere that our students feel they are safe to talk about anything and speak out about anything they feel uncomfortable about and know they will be listened to.” 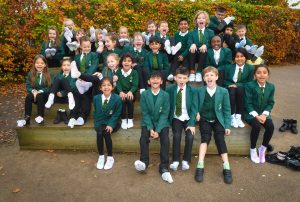 Dashwood’s anti-bullying ambassadors will hold assemblies to raise awareness about their roles and will also be present in the playground during breaks.

The ambassadors will also play a role in helping students to understand the importance of keeping safe online and being mindful of the language used online. 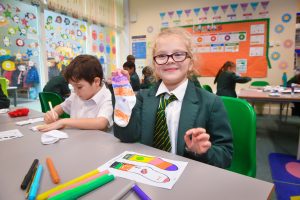 Mrs Gordon-Weeks added: “We don’t have bullying at Dashwood and we want our students to know the difference between bullying and being unkind.

“It’s about making sure our students live with integrity and understand the importance of saying nice things to one another.” 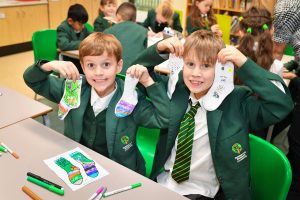